The efficient use of strategic resources, such as energy, is a pillar of Antofagasta's Climate Change Strategy

Antofagasta has stepped up to the global challenge of reducing greenhouse gas (GHG) emissions by setting the long-term target of being carbon neutral by 2050. In the nearer-term, it aims to reduce its GHG emissions by 30%, or 730,00 tonnes of CO2 equivalent (CO2e), by 2025.

“These new targets will ensure Antofagasta continues to make important progress on its pledge to protect the environment,” says Iván Arriagada, CEO of Antofagasta Minerals. “We will work to accelerate our carbon neutral target and, if technologies are developed to allow us to achieve this goal sooner, we will quickly adopt them.”

The new targets are a vital part of Antofagasta's Climate Change Strategy, approved in 2020, and its wider commitment to the UN Sustainable Development Goals. They were established after the company met its previous goal, set in 2018, of reducing its direct (Scope 1) and indirect (Scope 2) GHG emissions by 300,000 tonnes of CO2e by 2022. By the end of 2020 this goal had been already met, as emissions had been reduced by over 580,000 tonnes compared to the 2017 baseline.

A key factor behind the achievement was the inroads clean energies have made in Chile energy matrix as well as Antofagasta’s increased use of renewables to produce copper. Another significant factor has been the energy efficiencies initiatives, both large and small, across the company’s mining operations, including measures to replace fuel with low-carbon alternatives. These ranged from performance improvements to Los Pelambres’ SAG mill in 2018, leading CO2e emissions to drop significantly by 20,663 tonnes, to the replacement of diesel used in boilers with gas in 2020 at Centinela and Antucoya, producing reductions of 370 tonnes.

Antofagasta is now targeting major gains from the transition underway to renewable energy from conventional fuels at its mining operations, as power purchase agreements it has renegotiated in recent years come into force.

In July 2020, Zaldívar became its first operation to use 100% renewable energy, producing a reduction of 67,614 tonnes of CO2e in its Scope 2 emissions. Antucoya, Centinela and Los Pelambres will soon follow suit. Los Pelambres was the first of Antofagasta’s operations to incorporate renewable sources and currently gets some of its power from a wind farm and two solar plants. By the end of 2022, Antofagasta expects renewable sources to supply all its mining operations’ electricity consumption.

These improvements will not be officially accounted for, however, until local regulation is in place to allow renewable generators’ certification to be validated. In the meantime in 2020, Antofagasta continued to use the average emissions factor for Chile’s electricity system to calculate emissions associated with its power consumption.

“Now that these major structural changes have been achieved, we are focusing more closely on energy efficiencies,” says Andrés Alonso, Antofagasta Minerals’ manager of Water and Energy Resources. “By using less energy to perform the same tasks we can both reduce greenhouse gas emissions and operating costs.”

In 2020, energy represented 17% of the company’s production costs, of which 12% was electricity and 5% fuel and lubricants.

Los Pelambres has successfully piloted “start-stop” systems in mining trucks to reduce diesel consumption when trucks are stationary, an initiative now also under evaluation by the company’s three other operations.

"Specific protocols have also been introduced for the Projects and Procurement areas to ensure that energy efficiency is considered when awarding contracts for goods and services or designing and developing projects," says Alonso.

The focus on energy efficiencies has put the company in a good position to meet Chile’s new Energy Efficiency Law, promulgated in February 2021. The law aims to reduce energy intensity by 10% nationally by 2030, although the country’s longer-term target is to be carbon neutral by 2050.

The Chilean government is currently preparing the regulation for the first Energy Efficiency Plan which is expected to require large consumers, such as major mining companies, to obtain energy efficiencies of 4% over a five-year period.

Another essential part of Antofagasta's carbon-neutral strategy is its electromobility roadmap, which is currently in the conceptual studies stage. It focuses on four areas - mining trucks, pick-up trucks and buses, machinery, and the transition to hydrogen – and aims for all operations to be 90% electrified by 2040, according to Alonso.

Electric diggers are already operating at its mines and an electric bus is being piloted at Centinela. A tender for electric bus transport services for workers at Antucoya is underway and there are plans to do the same at Los Pelambres and Zaldívar.

In January, Antofagasta Minerals became the first mining company to join the Chilean Hydrogen Association, an organisation that promotes the development of green hydrogen, which has the potential to replace diesel used by mining truck fleets.

Antofagasta's goals to reduce emissions dovetail neatly with the unique attributes of its main product: copper. The metal’s outstanding ability to conduct electricity and heat makes it a key component to achieve global climate goals.

“Copper will be a key enabler of a modern low carbon economy and it’s essential we work with all our stakeholders to produce it in a sustainable and responsible way,” says Arriagada. 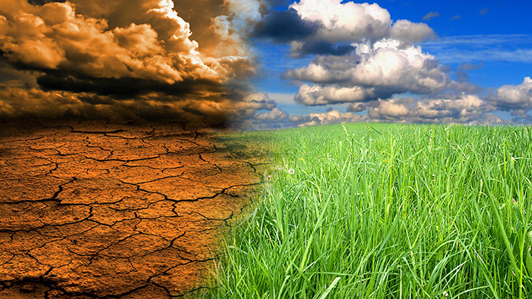