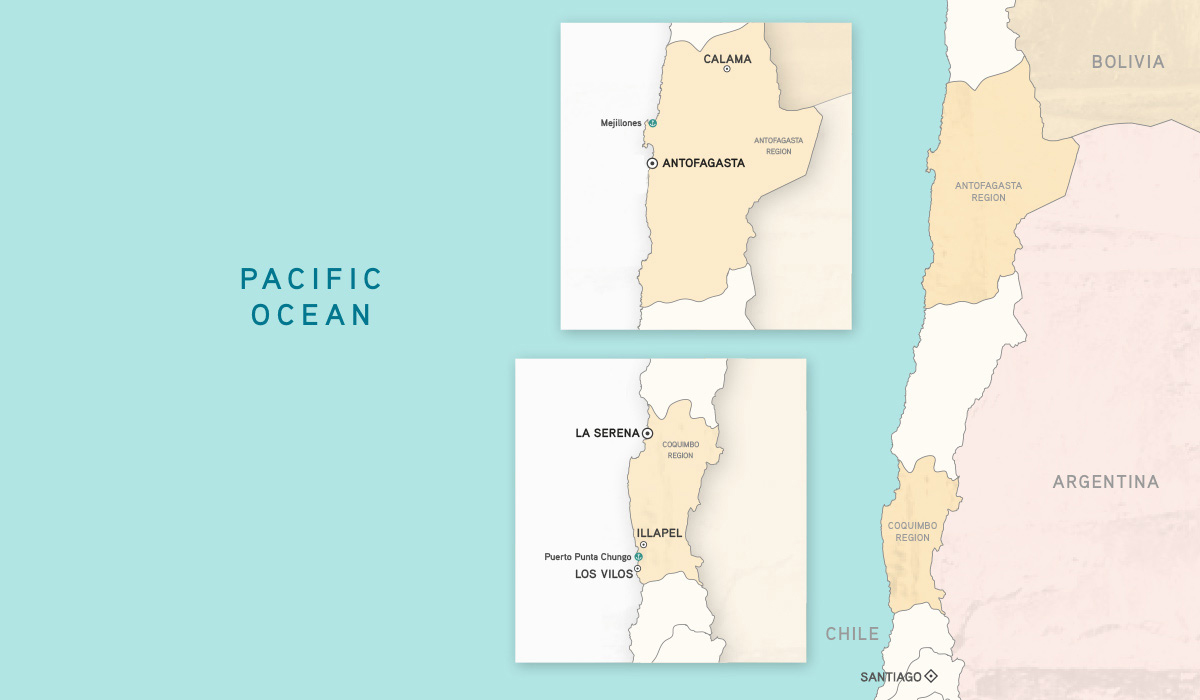 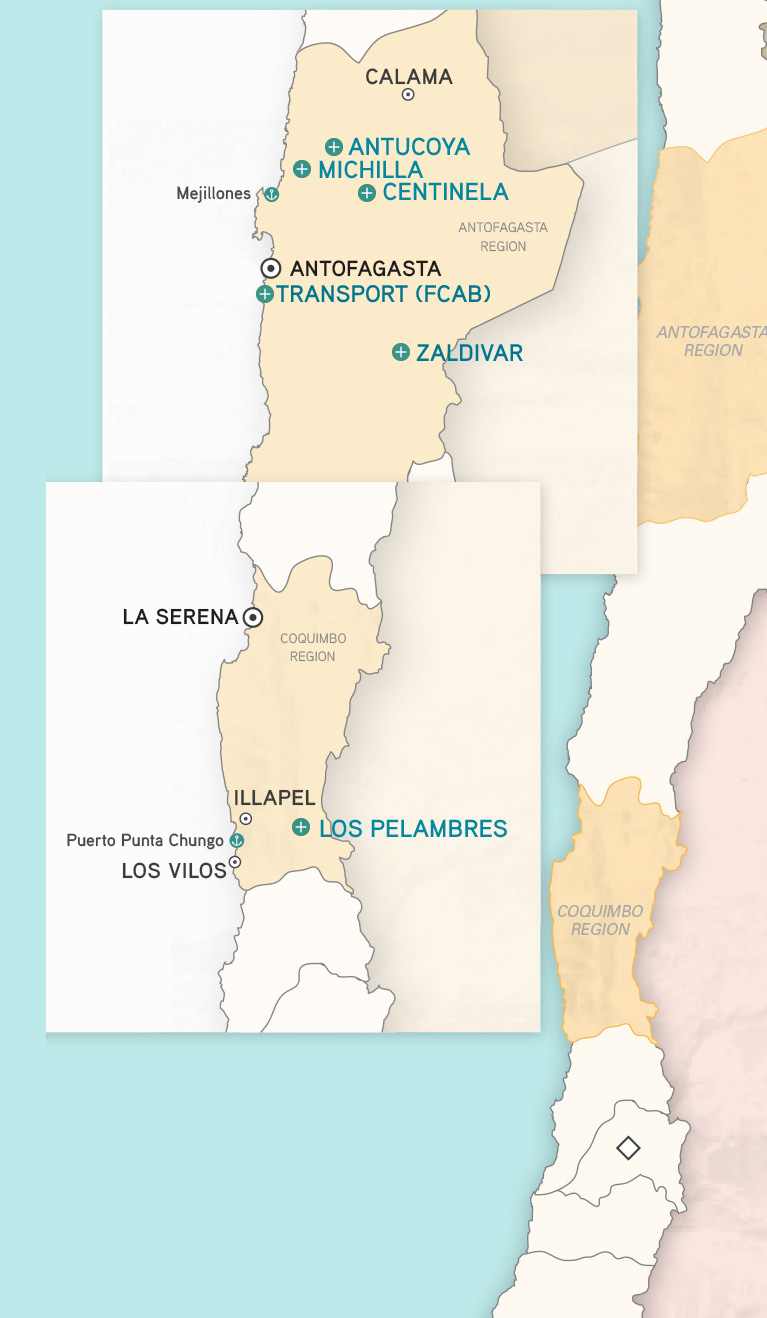 Centinela was formed in 2014 from the merger of the Esperanza and El Tesoro mining companies. Centinela mines sulphide and oxide deposits 1,350 km north of Santiago in the Antofagasta Region, one of Chile’s most important mining areas. Centinela Concentrates produces copper concentrate (containing gold and silver) through a milling and flotation process, and Centinela Cathodes produces copper cathodes using a solvent extraction and electrowinning process SX-EW.

Antucoya is approximately 1,400 km north of Santiago and 125 km north-east of the city of Antofagasta, in Chile’s Antofagasta Region. Construction of the project was completed in 2015 with full production achieved in 2016. Antucoya mines and leaches oxide ore to produce copper cathodes.

Zaldívar is an open-pit, heap-leach copper mine operating at an average elevation of 3,000 meters above sea level, approximately 1,400 km north of Santiago and 175 km south-east of the city of Antofagasta. The Group completed the acquisition of a 50% interest in the asset from Barrick Gold Corporation in 2015 and is the operator of the mine.

All of the Group's operations are located in the Antofagasta Region of northern Chile, except for its flagship operation Los Pelambres, which is in the Coquimbo Region of Central Chile