It is no news that mining is a male-dominated industry. For centuries, women were banned from mines in many countries. This is slowly beginning to change.

On 28 January, Antofagasta Minerals held a large online ceremony to welcome new apprentices, interns and university students completing their theses at its operations. It marked a milestone for the company: most of the 200-odd recruits were local women in a traditionally male world.

“Our purpose is to develop mining for a better future, and this initiative contributes to that goal by giving opportunities to young people and women in the regions where we operate,” Antofagasta’s CEO, Iván Arriagada, said in opening remarks. The event’s online status, he added, reflects the new way of working that the COVID-19 pandemic has sped up and which is here to stay.

The focus on female recruitment is part of the company’s Diversity and Inclusion strategy, launched in 2018, which initially aims to increase the participation of women, people with disabilities and those with international experience in the workforce. Different studies show that diverse and inclusive businesses are more innovative and successful.

The strategy is built on two main pillars. The first is to create the right workplace conditions, such as an open culture, development opportunities and zero-tolerance for harassment. The second is focused on targeted recruitment and selection practices to attract applicants who are female, or have disabilities, and correct for unconscious bias.

“One of the difficulties we had was to find women with experience in the labour market because of the competition today for female recruits in the mining sector,” said Ana María Rabagliati, Antofagasta Minerals’ Vice President of Human Resources. In response, the company looked at entry level positions, such as apprentices, and worked with universities to find candidates at the start of their careers who were seeking opportunities. 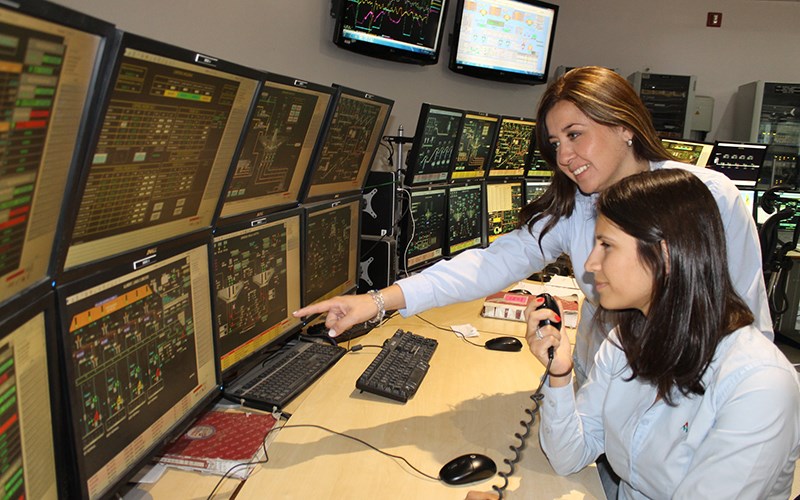 The efforts are paying off. In 2020, a record 50% of new recruits were female, adding 356 women to Antofagasta Minerals’ workforce. Apprentices account for a large share of this success. Of the 91 apprentices hired by the company’s Centinela mine in the Antofagasta Region to train in truck operator and maintenance roles, 87 are women. At its Los Pelambres mine in the Coquimbo Region, all 35 apprentices in the mine and concentrator areas are women. As part of their induction, gender-specific coaching is being provided to the apprentices as well as operators and line managers at the sites.

A total of 19 female candidates out of 20 places were also selected to take part in the company’s Young Graduates programme, which is aimed at people with the potential to take on executive roles. In addition, over 100 women were hired directly into supervisor roles.

“Antofagasta Minerals’ focus on women and young people tackles two of the government’s main concerns because both are under-represented in the labour market,” said Juan Manuel Santa Cruz, the national director of Sence, Chile’s national training and employment service, at the ceremony. This is particularly impressive in an industry, such as mining, made up mainly of men, he added.

For every ten women eligible to work, only four or five are formally employed in Chile, and unemployment rates are three times higher for young people, according to Santa Cruz.

Based on feedback from a survey on why women leave mining jobs, in 2019 Antofagasta Minerals launched Work-Life Balance Guidelines to improve employees’ working life with benefits such as the gradual return to work after maternity leave, time off to attend children’s school events and the possibility of working outside standard office hours.

It also increased career development opportunities and, in 2020, a record number of female employees took part in training programmes. A total of 105 women participated in Desarrollo Mujer, which offers gender-focused leadership training and mentoring programmes to reinforce women’s ability to perform in a man’s world. A further 17 participated in courses to prepare them for senior leadership and board roles.

By the end of 2020, women accounted for 14.7% of Antofagasta Minerals’ workforce, compared to 10% the previous year, and 8.5% on average for the Chilean mining industry. It has also met the legal requirement that people with disabilities represent at least 1% of the workforce. There is still some way to go but, now the conditions are embedded, there is no turning back.