Copper comes to the rescue

It is no news that copper has antimicrobial properties. Ancient civilisations, from the Chinese to the Egyptians and the Aztecs, knew that. It was not by chance that, in Egyptian hieroglyphics, the same symbol meant both “life” and “copper”.

Today, copper and its alloys are increasingly used in hospitals for touch surfaces such as doors, bed rails, IV poles, light switches and workstations, mostly to guard against hospital-acquired infections. A study of intensive care rooms at three US hospitals found that copper reduced the presence of microbes by 83% and the chance of acquiring a hospital infection by 58%.

The question raised by the current pandemic was whether copper was a match for the highly infectious Covid-19 virus. The evidence indicates that it is. A study published earlier this year in the New England Journal of Medicine showed that, on plastic and stainless steel surfaces, the virus was able to survive for 48-72 hours but, on a copper surface, only for 4-8 hours. 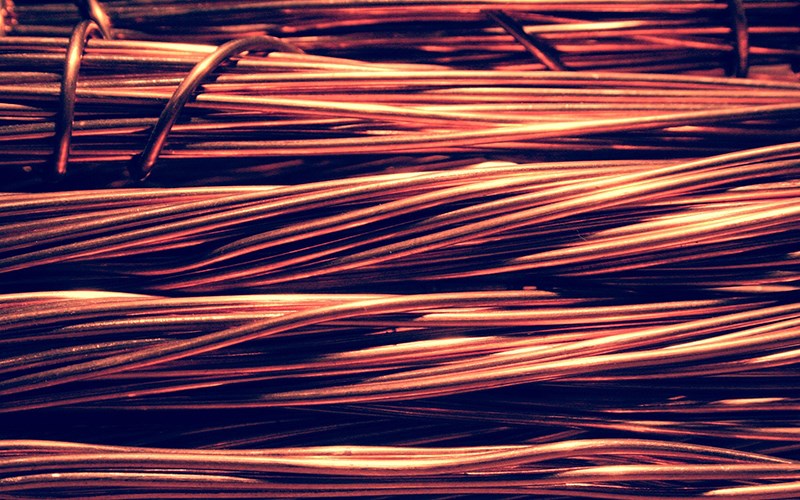 Copper is what is referred to a “contact killer”. Although the mechanism through which it destroys bacteria and viruses is not fully understood, it seems that copper ions puncture the microbe’s protective membrane, destroying the nucleus and its DNA. This makes it unlikely that the bacteria or virus will be able to adapt and develop resistance to copper.

In practical terms, copper has many advantages too. It is a relatively low-cost solution –far cheaper than gold or silver, which also have antibacterial properties. Crucially, it is also a long-term solution. Copper never loses its antimicrobial properties, even when recycled, and, as nanoparticles, can be incorporated into other materials such as wood and textiles, without changing their appearance, texture or other physical properties.

The contribution of such uses to overall copper demand may be small but the industry is eager to tap into the broader benefits in terms of a healthier and more sustainable world. “Once the current health crisis passes, it will open a great opportunity for companies and the copper industry to foster new technological developments in the application of copper’s antimicrobial properties. In this way, Antofagasta Minerals will continue to promote and generate changes that allow it to fulfil its purpose of developing mining for a better future,” says the company’s CEO, Iván Arriagada.

Around a decade ago, three Chilean hospitals –the Posta Central, Santiago’s main public hospital; the Roberto del Río Children’s Hospital in Santiago; and the Hospital del Cobre in the northern city of Calama– successfully introduced copper surfaces in some of their installations. Santiago’s Metro underground railway also experimented with them in one of its stations.

However, although Chile is the world’s largest copper producer, work in this field then slowed. According to experts, the way forward, rather than merely adding copper surfaces to existing facilities, is to incorporate them into the design of new projects. One option would be to make them a condition of contracts for new hospitals and, for example, airports.

Arriagada underscores this point. “It’s probable that Covid-19 won’t be the last pandemic and that new diseases will appear. Faced with this, antimicrobial copper alloys are key alternatives for preventing their spread, especially if applied to public spaces and surfaces –counters, lifts– in places like hospitals, public transport, stadiums, airports and schools.”

In response, the International Copper Association (ICA), which Arriagada chairs, has set up the Antimicrobial Copper Initiative, a worldwide programme, precisely to develop new markets. It notes an increase in interest in copper’s antimicrobial use in, for example, public buildings.

In Chile, even before the pandemic, a number of entrepreneurs were also developing new applications and exploring new fields.

Hospitals are just one of the markets of the Copper Company, a Santiago-based firm that uses nanotechnology to produce antimicrobial textiles. Its sheets, towels, clothing and upholstery fabrics are sold in 15 markets around the world and, in Chile, its clients include Metro and JetSmart Airlines.

Another company founded in Chile, Copptech, is now based in the US and manufactures in Spain and China as well as Chile. It uses copper salts to make an additive for products that range from wood building materials and paints to food packaging and pet bedding. “We see Copptech as a way to increase protection standards in every industry: health, real estate, education, food and so many others,” says CEO José Miguel Mendiburo.

As businesses seek to provide that added protection for their employees and clients and, more broadly, governments for their citizens, antimicrobial copper promises to be an important ally, giving a modern meaning to why the Egyptians equated copper with life.