Vilma Magnata is a 55-year-old metallurgical engineer who was born and raised in the Antofagasta Region, the heart of Chile’s copper mining industry. In 2018, she decided to carve out a new niche for her company, Ingeniería y Mantenimiento, in the area of technological innovation. She attended innovation workshops supported by Antofagasta and built up a portfolio of projects. One initiative she developed was a way to flush out anode slimes from the cells in electrowinning plants without stopping operations. This will be tested at the company’s Zaldívar mine, which is also in the Antofagasta Region.

The innovation workshops addressed operational challenges raised on Antofagasta’s open innovation platform, InnovaMinerals, and covered key concepts, themes, terminology, modelling and methodology. “They taught us a lot which helped me to strengthen our project,” says Magnata. The openness of company executives is of special importance, she added. “It is now easy to get in touch with people and receive constructive feedback either at events or by email.”

Last year, 335 people from suppliers headquartered in the Antofagasta Region took part in these workshops, 18 of the suppliers made commercial bids and one contract was awarded. The initiative forms part of the company’s work with the Antofagasta Mining Cluster public-private alliance to turn the region into a global hub for technical-industrial innovation. In particular, Antofagasta is committed to promoting two of the Cluster’s strategic pillars: the development of the Region’s human capital and supplier innovation.

The company places special emphasis on such programmes as they support the creation of local jobs and companies, which in turn have a positive impact on both regional development and the company’s sustainability. “It is a virtuous cycle,” says René Aguilar, Antofagasta’s Vice President of Corporate Affairs and Sustainability. “Flourishing communities will enable stable long-term operations and vice versa.”

This vision led Antofagasta in 2019 to tighten its definition of local suppliers to only those that are headquartered in the Antofagasta Region, where the company has three operations, or the Coquimbo Region, where its flagship Los Pelambres mine is located. In parallel, Antofagasta has launched guidelines on regional procurement to make it easier for small and medium sized companies (SMEs) to take part in tenders for goods and services, for example by automating the tender invitation process and reducing the financial barriers to make bids. “In the past, local suppliers were often left out due to insufficient scale or because they couldn’t meet the financial entry requirements,” explains Aguilar. 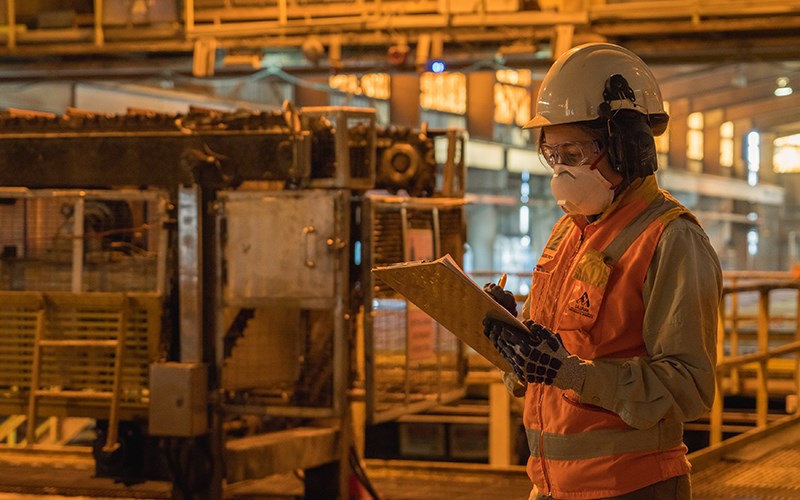 Keeping the value chain in the Region

The guidelines are based on a strategy implemented in 2018 by Los Pelambres which, as one of only a few mines in Coquimbo Region, is encouraging the development of local mining suppliers virtually from scratch. In addition to lowering the financial requirements, Los Pelambres allows businesses to form consortiums to make bids and may split large contracts –such as for transport– into smaller tenders, says Alejandra Medina, the mine’s Manager of Public Affairs. If there are enough local suppliers to be competitive, tenders can be targeted at SMEs in the Choapa Province.

Alliances with local trade organisations has allowed Los Pelambres to communicate its requirements and foster business opportunities in the nearby towns of Salamanca and Illapel. The strategy recognises the importance of keeping a part of the value chain in the Region in order to support operational continuity. “Tenders are no longer awarded solely on cost, quality and size parameters,” says Medina. “It involved a significant internal cultural change,” she says.

Los Pelambres now plans to expand the approach to the neighbouring coastal cities of Coquimbo and La Serena, four hours north by road from the mine. “Logistically, it would be as easy to procure supplies from the country’s capital Santiago, four hours south, but this would not meet the company’s goal of increasing regional acquisitions,” says Medina.

“The company has two full-time employees dedicated to developing local suppliers,” says Antonio Velásquez, Antofagasta’s Head of Supply. Working with business associations and supplier companies is a key part of the strategy, as is developing regional human capital. In July, Antofagasta signed an agreement with the Antofagasta Industrialists’ Association to use the SICEP digital directory of mining suppliers to improve its identification and classification of local suppliers. This will allow more local SMEs to be invited to participate in tender processes. It is also holding a series of virtual business meetings with suppliers on 16 planned tenders.

“The development of suppliers is underpinned by Antofagasta’s efforts to improve employability in the regions where it operates through initiatives such as job portals, technical professional training, university preparation courses and apprenticeships,” says Aníbal Chamorro, Manager of Public Affairs for Antofagasta’s three operations in the Antofagasta Region. “All these programmes seek to strengthen the human capital in the Region where we operate.”